Those who know Italian paralympic athlete Andrea Pusateri you’ll know is he is one awesome guy. Andrea remains cheerful and determined to reach every goal he sets his eyes on despite missing one leg. Having been competing in para-cyclism competitions since 2008, Andrea has won several Italian and international titles.

Probably one, if not the most, notable feat Andrea had achieved is winning his first gold medal in the World Cup three months after he spent seven days in a medically induced coma. Indeed, Andrea is one tough human being who is not messed around with. 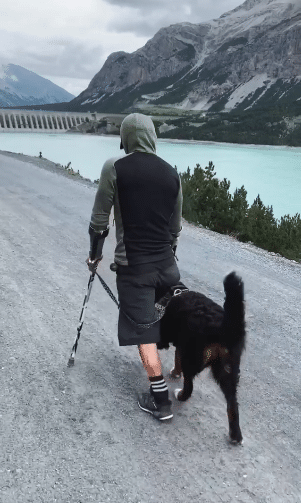 Tough guy with a soft heart

Despite his tough exterior, however, Andrea has a soft heart. Often spending his time training and hiking, Andrea enjoys hanging out and playing with his furbabies, Sally and Maya. Often, he would hang out with his fluff balls while he is keeping himself (and them) physically fit.

Among the things Andrea, Sally, and Maya would do together are go hiking, work out, and see the beauty of nature. In one of Andrea’s Instagram videos, he can be seen fooling around with his doggos by making them pull him while he rides a wheelchair. In another video, one of the dogs seems to be imitating him while he does sit-ups.

Of all the amusing videos wherein Andrea can be seen playing around with his fluffballs, one relatively recent video caught the attention of a lot of people. Posted on Instagram on October 14, 2020, Andrea’s dog can be seen walking right underneath him. It would seem like the dog was acting as Andrea’s leg for a brief moment.

Aware of this fact, Andrea posted the video with the caption “The best leg ever.” Dogs are not only a man’s best friend. They can also become a man’s best leg.

Another article by thenoahsbark: Dog’s Viral Photos Led To His Adoption

Our sponsors need some love. 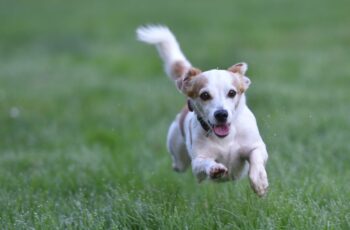 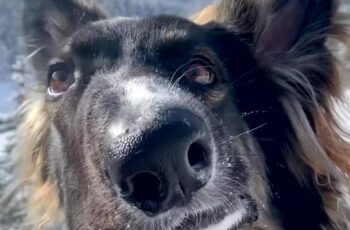