An organization named Hope for Paws recently had the task of rescuing four pups at a steelyard. On getting the puppies’ information, a rescue team immediately picked up the dogs.

Eldad Hagar and Lisa Arturo were the ones who received the call about the dogs living in a steelyard. The duo quickly reached the location to rescue the pups. After arriving at the reported spot, Eldad and Lisa asked the workers at the steelyard about the dogs, and they led the two rescuers to the puppies’ hiding place. The rescue team only found three puppies there and had to search hard for the fourth one. 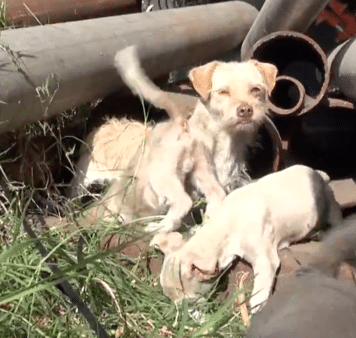 Eldad and Lisa waited for the fourth dog to come out of somewhere. They assumed that the missing dog might be the mother of the three pups and would soon come out looking for her puppies, and that’s exactly what happened. When the canine mother came out, the rescuers quickly took her to safety.

Four Puppies Rescued At A Steelyard

The puppies were afraid and didn’t like human contact, making it difficult for the rescuers to pick them up. The first puppy was calm when a leash was put on her, but after that, she started struggling to get the leash off. The second puppy didn’t require much effort when offered some food.

The third puppy was the most scared one of them all. He ran away and hid in a pile of woods. The rescuers had to take help from the steelyard workers to get the puppy out.

Eldad and Lisa drove the four canines straight to the Hope for Paws hospital. The fourth dog turned out to be the pups’ father instead of a mother after a veterinary examination.

The puppies are now living happily in their new temporary home. 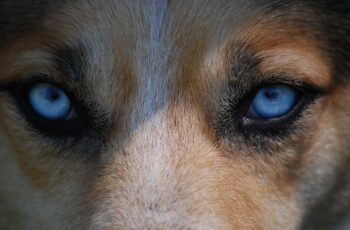 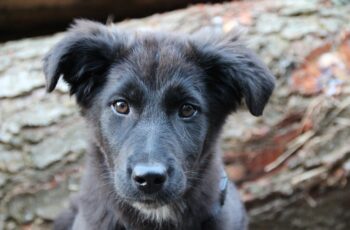