Home
Dog Stories
This Dog Has Hair Like A Rock Star. 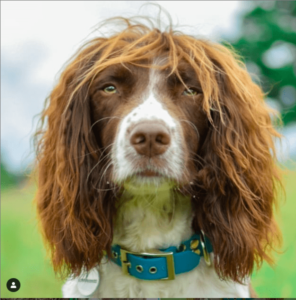 A three-year-old English Springer Spaniel named Finley will make any girl (or guy) jealous with its ridiculously luscious locks. From Gloucestershire, England, he is nicknamed Finn and seems to be living the Rockstar life that makes him a total stand-out. Finn’s auburn hair sets him apart from the crowd, and this is a unique look that separates him from his English Springer Spaniel cousins.

His human companion, Rebecca Munday, has set up an Instagram account in his honor and has a loyal following of 15,000 users (and counting!) due to his fabulous look. His social media account boasts of a variety of photos, with him looking like a model, gaining attraction and comments from admirers all over the world. 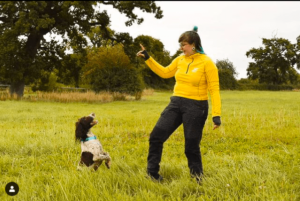 And rightly so! When you have hair that gorgeous, it really shouldn’t come off as a surprise.

Rebecca, his fur-mommy, is responsible for taking all of his photos and says that Finn loves being in front of the camera. The smart boy knows that posing for her also means being rewarded with treats. According to Munday in an interview, she let Finn’s hair grow when he was only six months old. His first hairstyle was a mohawk, and it just grew as he got older. 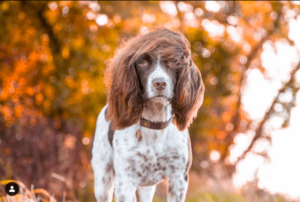 And this fabulous hair earned him tons of adoring fans. Rebecca admits that she still really can’t wrap her head around all the fantastic attention her dog is getting, but Finn doesn’t seem to mind.

One might wonder that hair this gorgeous would be high maintenance, but Finn’s fur-mommy divulges that it’s relatively undemanding. His regimen is limited to getting his locks brushed every night and visiting the groomer every six weeks. In addition, Rebecca makes sure that she washes off the mud whenever he gets dirty to prevent matting. 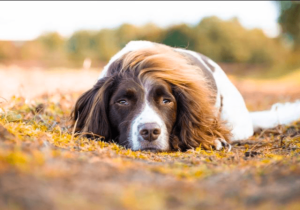 And what better way to compliment a rock star look-a-like than to compare him to actual legends. Rebecca says that Finn has been likened to John Lennon, Bon Jovi, and Queen’s Brian May. However, she quipped that she loves his hair and makes him a total stand-out.

Finn’s hair gets a lot of attention.

Finn’s hair is getting so much attention that it landed him a few endorsements, further elevating his social media influencer status. He promotes dog treats, accessories, toys, and clothing on his page. Clients send him many freebies, but Rebecca pays this forward and donates extra items to the shelter she works for. 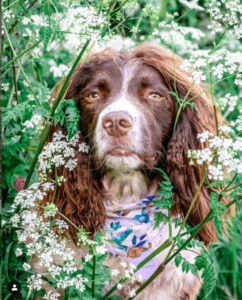 Despite his celebrity status, Finn remains humble and still asks for cuddles. Now that is truly a social media star—unassuming and down-to-earth.

Please give them a run for their money, Finley!

Another article from Thenoahsbark. Check it out. Injured Wolf Dog Recused With Love 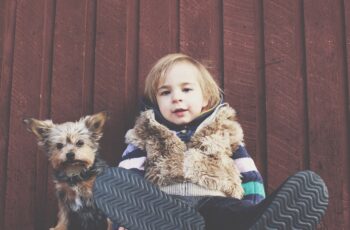 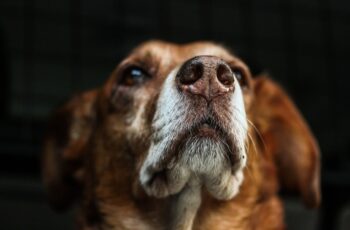