Jeremy Westerlund and his wife were a lovely couple looking for a dog to adopt. They visited their local shelter and played with many puppies until one brown-coated blind Boxer caught their eye.

Mack was living on the streets when animal control came to rescue him. He was taken to the local shelter, where he was properly taken care of.

The couple was drawn to Mack because he had a subtle green glow in his eyes. Jeremy and his wife thought that the dog was so cute, so they decided to take him home.

After finalizing the adoption, they picked Mack up and brought him to their car. On the ride home, Mack was calmly sleeping on Jeremy’s lap.

After spending a few hours playing with Mack, Jeremy noticed that the pup’s eye wasn’t in excellent condition. Jeremy would stand in front of the dog, but Mack would walk past him and sniff the air as if the pup knew that his dad was close by.

The next day, the couple took Mack to a vet to get his eyes examined. Unfortunately, the doctor diagnosed Mack with progressive retinal atrophy, causing gradual vision loss culminating in blindness.

The vet told Jeremy, and his wife Mack had a year before he went blind. The couple was nervous but determined to do everything to help their dog.

Despite Mack’s condition, the couple still took the pup out for hikes. However, Jeremy and his wife knew they had to be extra careful and gentle and treat Mack as if he was an average dog.

Mack needed ample space to run around without hitting anything, so the couple decided to move houses with a bigger yard. It was tough for Mack to get familiar with the new home, but he was happy to run freely.

Check out another article, like Aggressive Dog Who Finally Gave In. 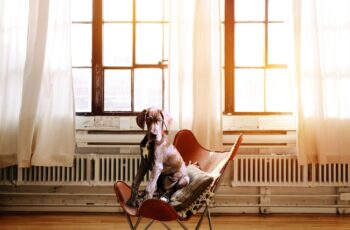 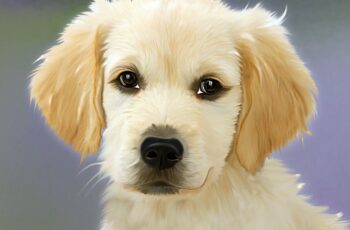